San Basilio de Palenque is a cultural hub and the perfect day trip from Cartagena. Learn about the food, music, and history that make this place special on our blog!

If you ever visited Cartagena or saw a picture of the city, you have probably seen colorfully dressed women with beautiful smiles selling fruits and candy in the streets in one of those photos.They are called Palenqueras. But what's there besides them making an awesome photo motif, what's their story and the story of their hometown San Basilio de Palenque?

While Cartagena is quite a well-known place to visit in Colombia, not many people have heard of San Basilio de Palenque before, even though it’s just about 50km away from the city. This historical town can be easily visited on a day trip, and it’s the place to be for anyone wanting to learn about an important part of the Colombian history. Here you will get to know the culture of the Palenqueros, and learn about the impressive history of the emancipation of former slaves. This village is definitely worth a visit! 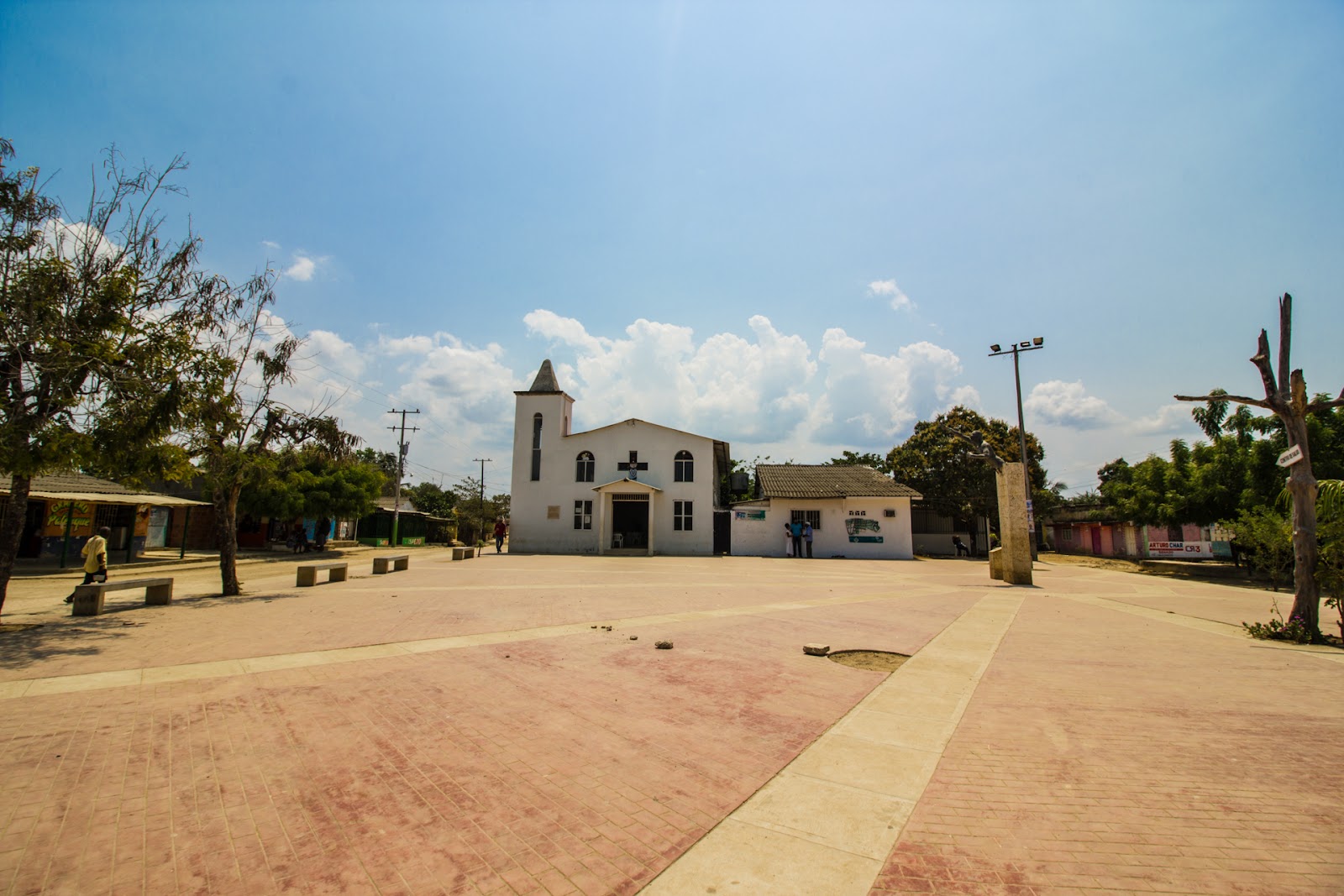 You will find San Basilio de Palenque, one of the most important historical villages of Colombia, 50 km Southeast of Cartagena, in the foothills of the mountain range Montes de Maria. It is the first town in the Americas that freed itself from slavery, founded by escaped African captives. In the early 1600’s they opposed oppression and due to that, the Town of San Basilio represents the African emancipation from servitude in America until today.

People living there are known for their rich and unique culture, influenced heavily by their African heritage. In 2008, the small town and its cultural space were declared an Intangible Cultural Heritage of Humanity by the UNESCO.

What is the history of San Basilio de Palenque?

During the seventeenth century, Cartagena was one of the main hubs for slave trade in Colombia. Some slaves escaped oppression and founded walled communities - so-called “Palenques” -  in the mountains and jungles surrounding Cartagena, which offered shelter to them. Most of the other secret fort villages were eventually found and destroyed by the Spanish. San Basilio is the only Palenque town that survived and that still exists until today.
Due to the isolation of the refuge, the inhabitants could preserve their unique cultural heritage for a long time. However, outside of San Basilio, Palenque people were discriminated against many times and became victims of stereotyping which often lead them to deny their traditional customs. With the recognition of the UNESCO, a new pride for their culture emerged and now values, traditions, and language are embraced by the community.

The founder father of San Basilio de Palenque, Domingo Benkos Behió, came from West Africa. He was the son of a royal family there and was brought to Colombia, along with others, to be sold as a slave in Cartagena. There is a mystery around the history of his escape from Cartagena. Some say he tried to flee two times, others say it was only at the third intend that he could escape. You may be told that the boat he was on during the ride on the Magdalena River cantered, or that he got away along with his wife and other slaves during night time. In the end, the important part of the story is that he managed to elude slavery. After escaping, he established the Palenque in 1603 and helped other slaves to flee from oppression.
Although there was a peace treaty signed between the Palenqueros and the governer of Cartagena in 1612, the Spanish attacked the town in 1619 and captured Bankos Bahió. Three years later, on March 16th, 1621, he was publically hanged in the city of Cartagena.

Who are the famous Palenqueras?

Today the colorfully dressed women with their bright smiles, are more widely known among tourists than the founder father of San Basilio. But you might wonder, why they are selling their goods in Cartagena if they originally come from a small town about 50km outside of it. 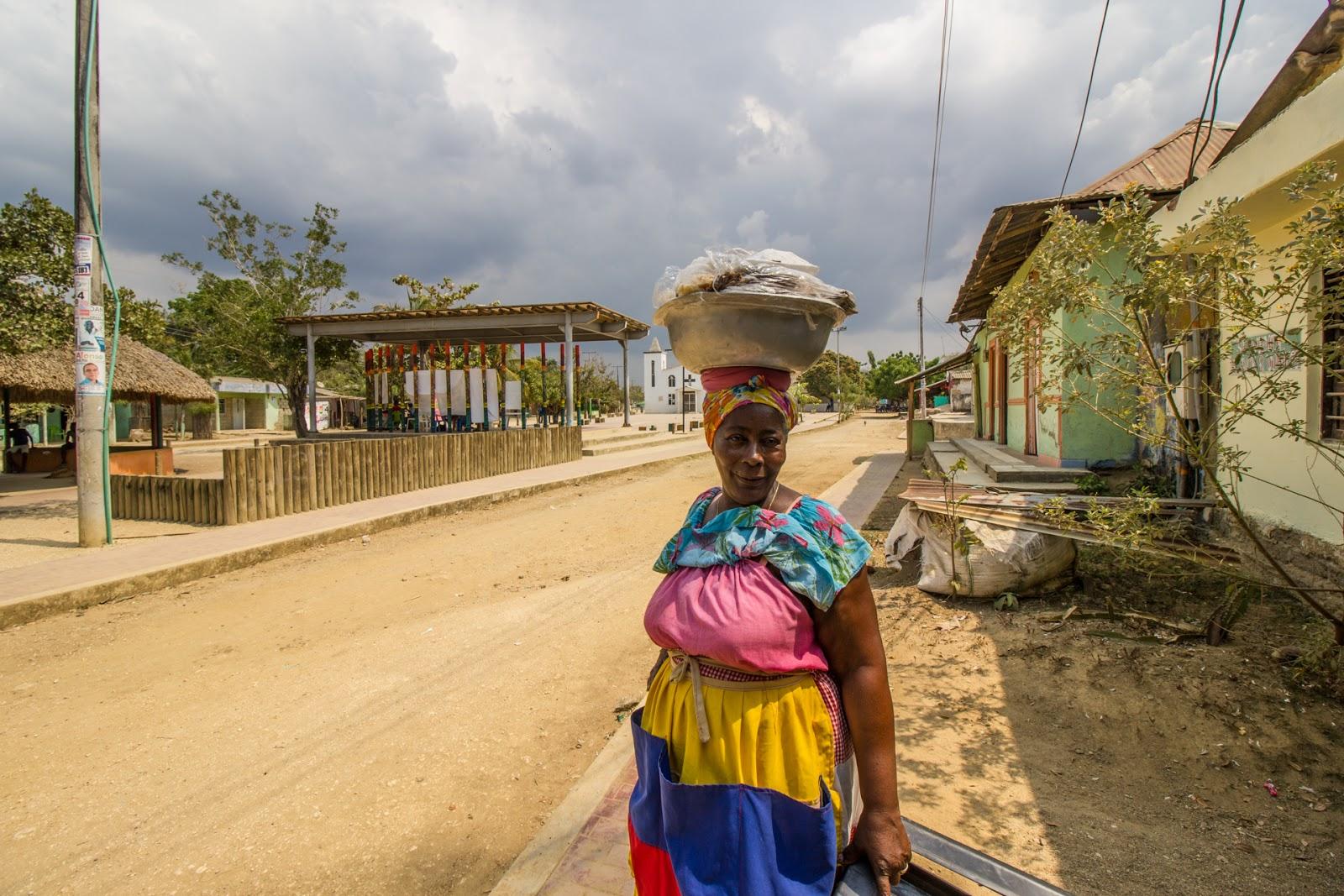 In the past, San Basilio de Palenque was mainly isolated from other cities. So it was hard for the Palenqueros to make a living. In order to earn their income, they smuggled seeds out of Cartagena to cultivate their own fruits and the women also prepared sweets. Then they would walk the long and tiring way to Cartagena in order to sell those things. Throughout the years, many Palenqueras moved to the city, but they keep up their customs until today. 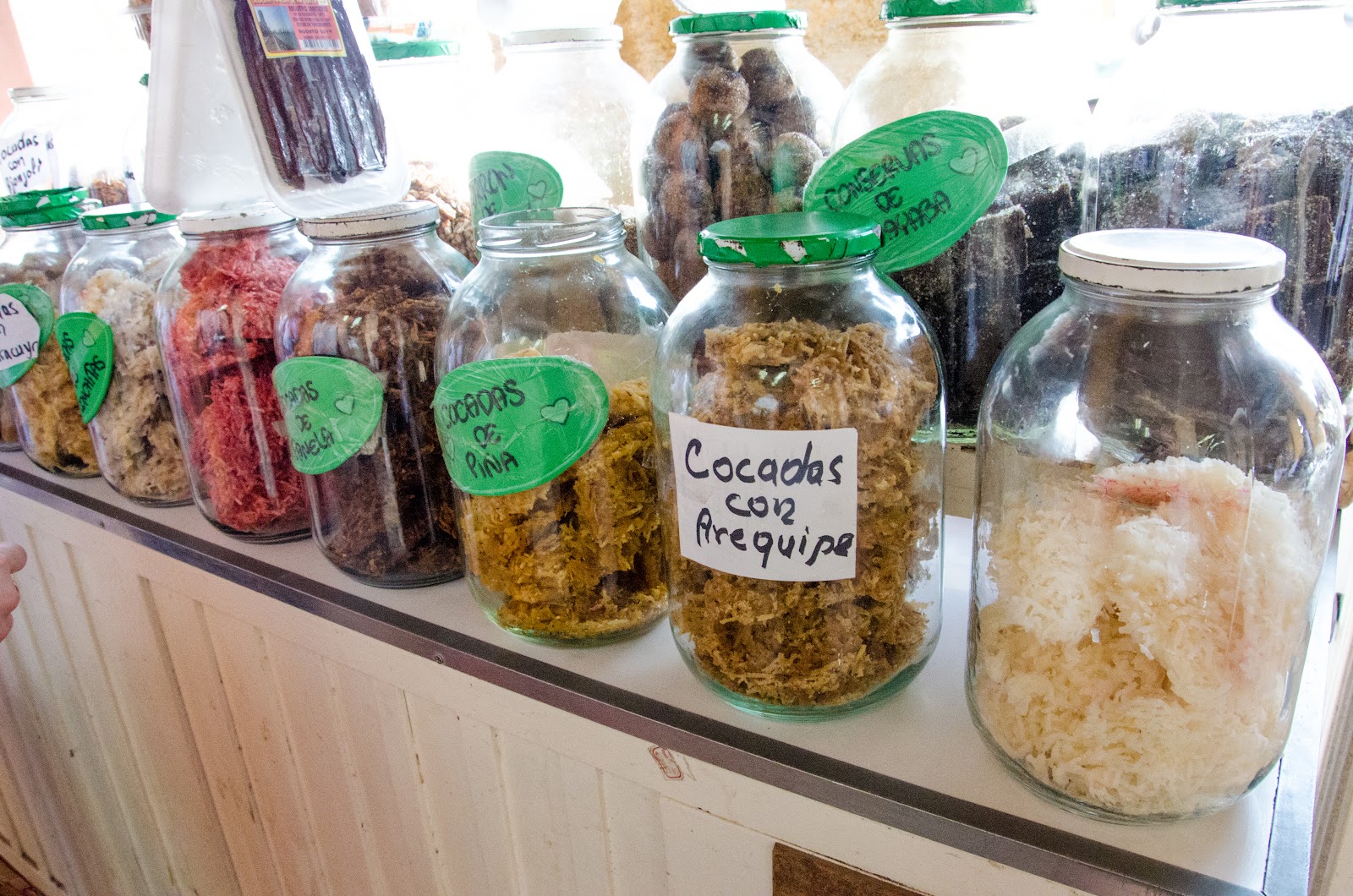 What is unique about Palenque Culture?

The roots of the unique culture of San Basilio de Palenque lie in their African ancestry. It includes social and religious practices as well as music and language.

The Palenque language is the only Spanish based creole language in Latin America. It is a mixture of Spanish, French, English, Portugues, and Bantu languages from Africa. The reason for this great number of languages mixed together goes back to the fact, that the slaves transported to South America by boat, where never just from one country or region. They spoke different languages and dialects so that it was more difficult for them to communicate with each other. With this strategy, the Spanish tried to undermine revolts. Palenque, the language evolved from this, is only spoken by around 3.000 people and part of the Palenqueros’ cultural identity.

The traditional Palenquero music, like Champeta and Son Palenquero, are based on percussion instruments, like Tambores (drums). In the past, these instruments were mainly used for communication. Trough playing the Drums, the people were informed, when a baby was born or if someone passed away.
The Afro-Colombian music in Palenque can be explored by visiting the popular musician Rafael Cassiani Cassiani (listen here) or by going to the studio of the band Kombilesa Mi. The first one is a great artist of the traditional Son Palenquero genre playing Maríbula (a typical instrument), while the latter developed a new music style, mixing traditional elements with new, and using Spanish as well as Palenquero for their lyrics. 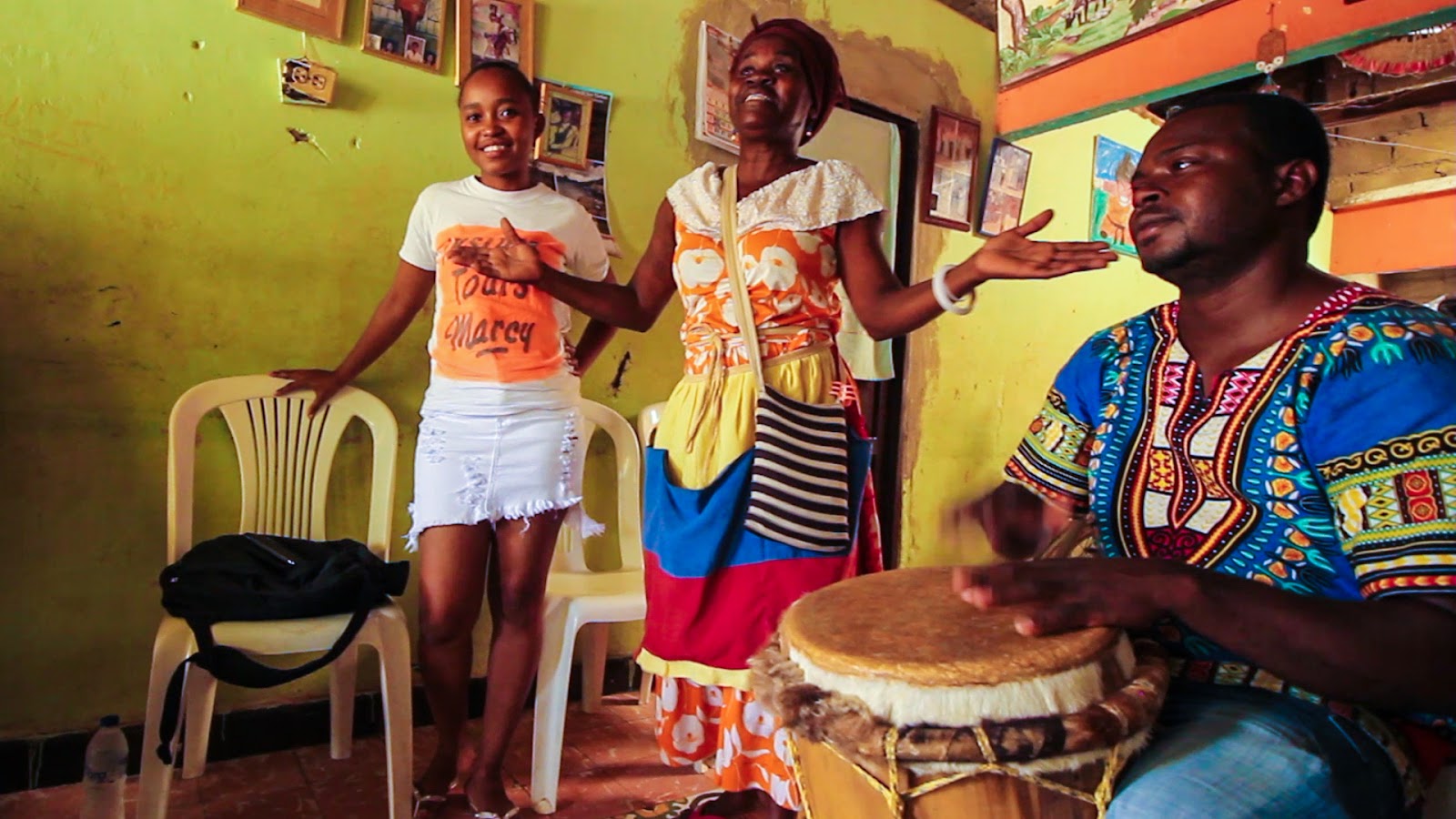 The Lumbalú is a traditional funeral ritual that is still celebrated in San Basilio de Palenque. If someone passed away within the town, the people believe that the soul of that person will return home during the next 9 days, every day at 6 am and 5.30 pm. So they will be there at these hours holding death watches, singing, and dancing, while they are grieving for that person. The death watchers are usually dressed in white and light a candle for the person who died.

Must-sees and what to do in San Basilio

The statue of Benkos Biohó

In the center of the village, you will find an impressive statue of Benkos Biohó, the founding father of San Basilio. His statue embodies freedom and the opposition to slavery by him breaking his chains and reaching out to his motherland, West Africa. 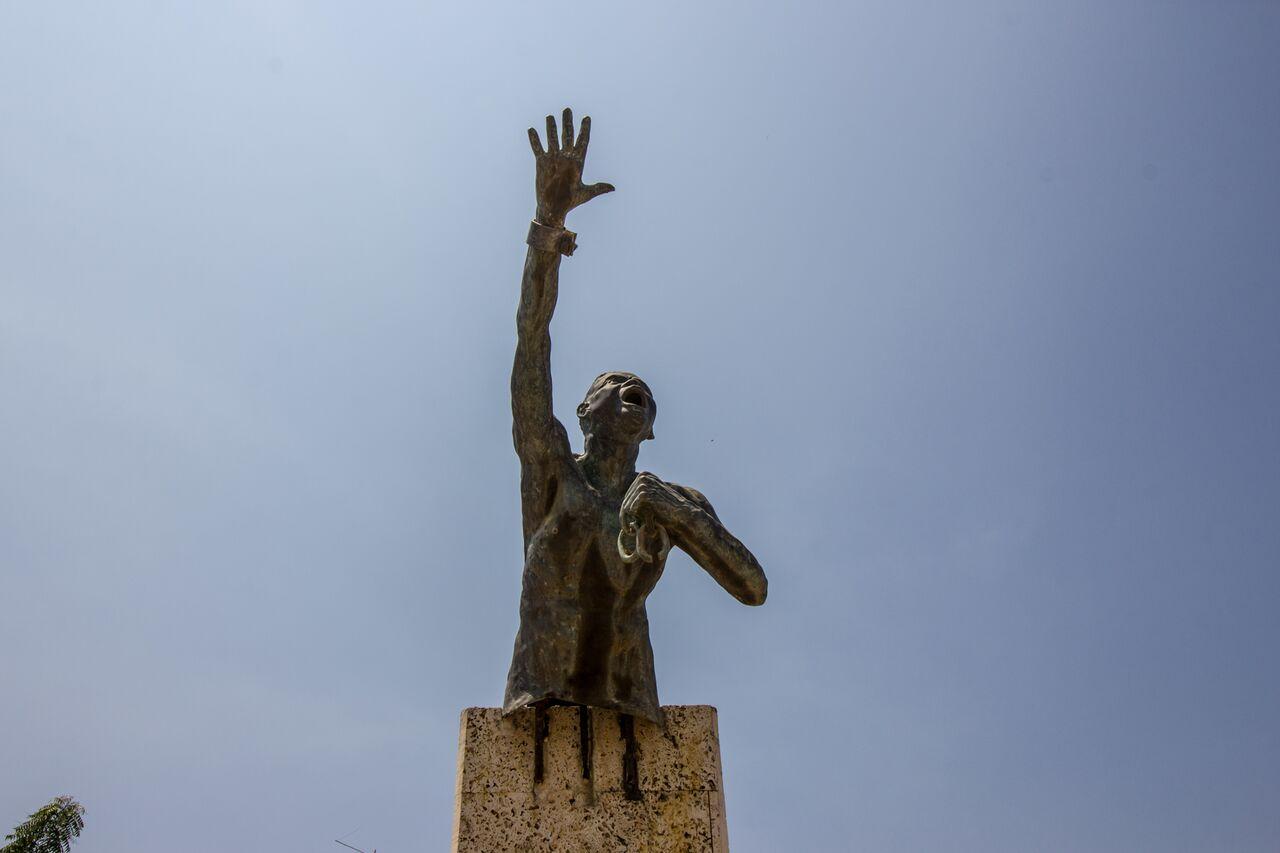 At this hair salon, you can learn about traditional hairstyles and braids. During the 17th century, it is told that the slaves used hairdos to communicate in Cartagena, braiding escape routes and maps onto their scalp. Furthermore, they used their thick braids to smuggle plant seeds out of Cartagena to cultivate the land near San Basilio.

Of course you will not be able to speak Palenquero after a day trip - after all, it is a totally distinct language. But we encourage you to get taught at least a few words to appreciate their culture! Asina ria for example means Good Morning.

A place for foodies

Taste the cuisine in Palenque, which fuses African, Caribbean, European and Latin American ingredients and preparation in a unique way. On a trip to the town, you should not miss this and try some of their delicious dishes. There even exist a cookbook created by a group of Palenqueros containing typical recipes of the Palenquero cuisine. In 2004, this cookbook was recognized as the Best Cookbook in the World by the Gourmand World Cookbook Awards in Beijing. You can download a PDF version of the cookbook here (English available). Their meals typically include fried fish, coconut rice, and mango salsa. You should also try their sweets and desert, for example, Enyucado and Cocada de coco. 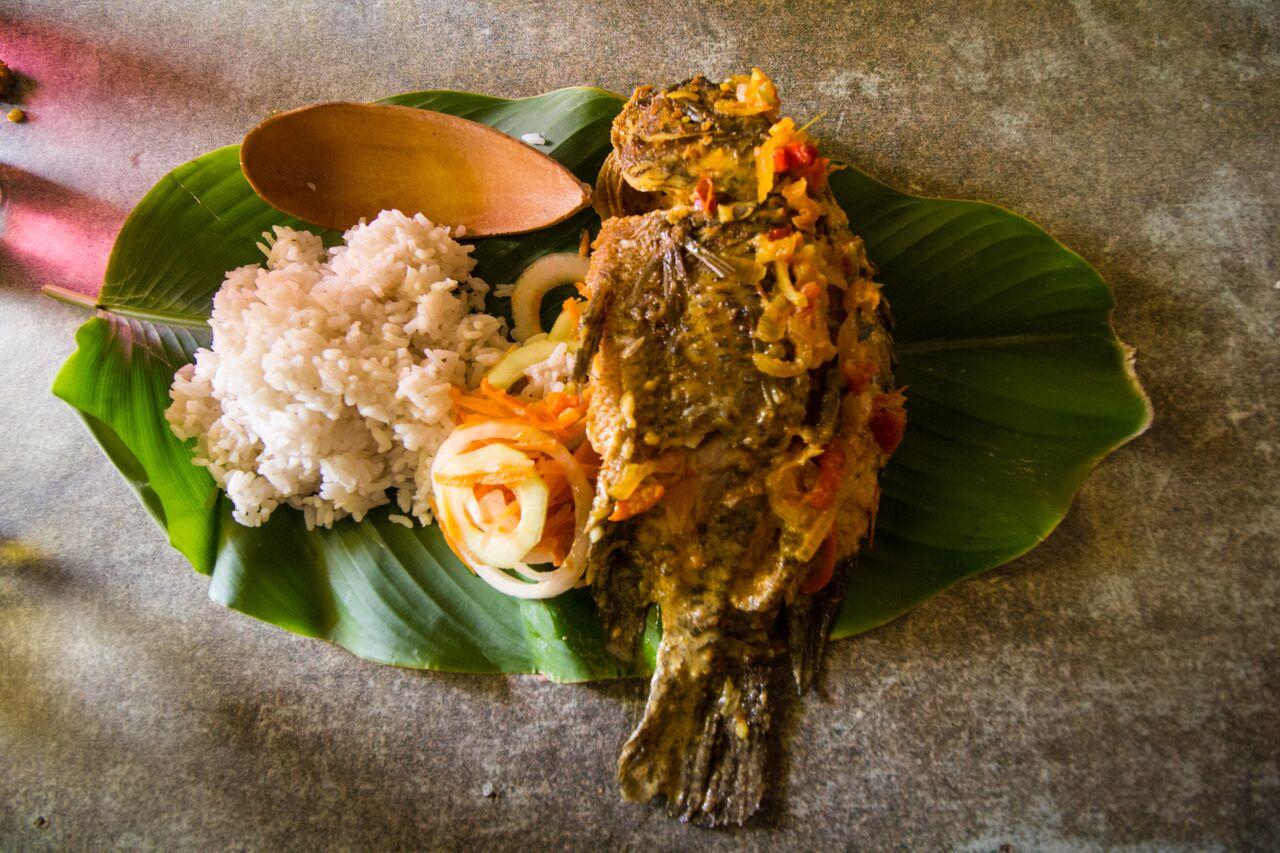 Located that closely to Cartagena and being that important for Colombia’s history, visiting San Basilio de Palenque is definitely worth spending a day here. More than that, you will once again experience Colombia’s cultural diversity. If you want to go on a relaxed trip, without worrying about transportation and missing out on anything, you can also go on a tour to San Basilio de Palenque with us, having a local guide, getting to know the history and the culture of this stunning town in detail.